During my days as a novice hunter, I once went deer hunting using short range ammo. Big mistake! I’ll tell you why. After an unsuccessful expedition, I learned the hard way that only ammo specifically designed for long-range shooting will do—a 6.5mm Creedmoor to be exact.

Not only is it designed for the bigger animals but it works pretty well for target shooting.

That’s why I took it upon myself to review the best 6.5 Creedmoor ammo on the market so you know how to pick the right one. Hopefully, you won’t suffer the same fate I did. Needless to say, it’s not only for hunting but target practice or training too. But, whatever your reasons, I believe you’ll find this article useful.

In my opinion, the Hornady ammo takes the cup. What impresses me isn’t only its rugged design but its high ballistic performance which makes it fly faster and further for some big game or whatever your target is.

At a Glance: Our Choice for the Best 6.5mm Creedmoor Ammo

After I bought my rifle, I went looking for ammo online and my first casual search revealed an array of cartridge types and rounds available in all shapes & sizes. I discovered later that this was for a reason—mainly because the type determines the unit’s performance.

So, what’s so special about the 6.5 Creedmoor caliber? Well, if anything, it’s known for the following advantages:

Check out this ammo test vid:

What Features to Look for Before Buying a 6.5 Creedmoor Ammo

No doubt, knowing the above terminology will have you feeling like a pro and ready to yank the first box of 6.5 Creedmoor ammo you see off the shelf, right? You might want to hold that thought as I discuss some of the most important features worth considering before purchase.

For what seemed like forever, I believed all rounds have more or less the same shape, which simply isn’t the case. After observing a number of cartridges, I found out the following:

Contrary to popular belief, a heavier round actually carries more energy than a lighter one. Plus, it’s likely to drift less mid-air. The only downside I noticed is that it tends to drop more. On the flip side, the lighter bullet will shoot faster & flatter. Ultimately, the one you pick is really a matter of preference and role.

Earlier on I mentioned how some bullets fly further distances. The reason I’m reiterating this is that it’s generally determined by the ballistic coefficient—usually specified on the ammo. This is basically a number that rates a bullet’s aerodynamic efficiency. If you happen not to remember much after reading this article at least try to recall this: the higher the number, the better.

How quickly does the ammo leave the muzzle of your gun? Well, this will depend on the length of the barrel. The longer barrels push the bullet faster and farther.

Things You Ought to Know

One thing I discovered is it’s not all good news with this rifle. As with any other product, there are always some advantages and disadvantages attached. Since my goal is to give you unbiased information, bear in mind the following as you look for your ammo: 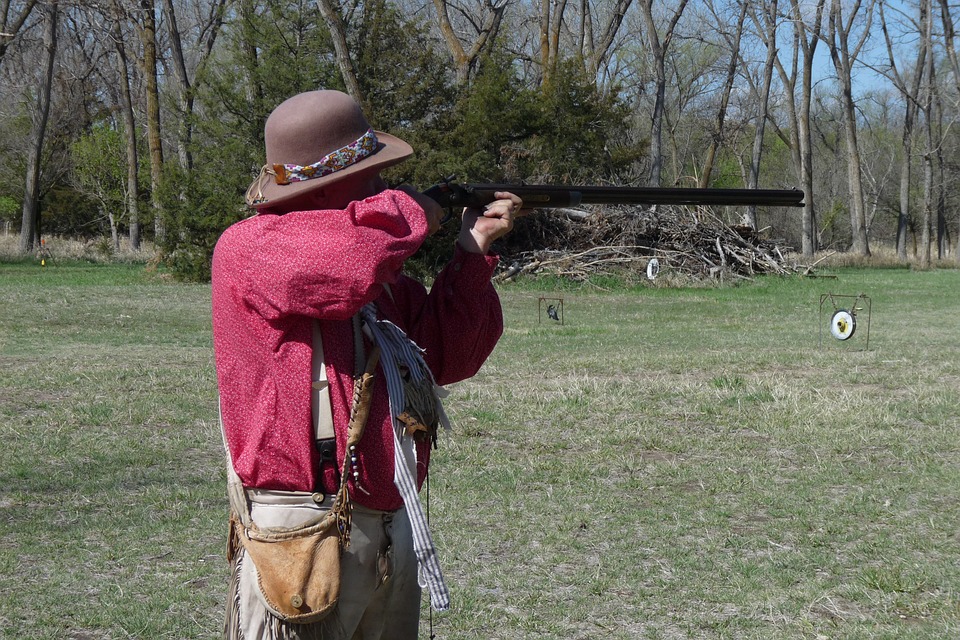 If you recall the earlier feedback regarding high ballistic coefficient, you’ll realize this is your go to if you’re going to be shooting long range.

If you know anything about BC bullets, you’ll know it’s hard to come across a company that sells them. Hornady is one of the few exceptions which is why a number of customers are impressed with this ammo.

This ammo works exceptionally well with the intended rifle—6.5 Creedmoor. Plus, if you want a bullet that’ll make all the difference where accuracy is concerned, look no further.

Federal Fusion is ammo made with a soft point and with a medium-sized game in mind.  As is the case with Creedmoor ammo, it is very good at long ranges, and the 140-grain bullet weight means that the drop will not be significant even across the field. The load has a molecularly fused jacket, as well as a pressure-formed core, providing good penetration and solid stopping power from a distance.

Features that make me rate this product high:

This load is one of the best options when it comes to the 6.5 Creedmoor cartridge, as it fits perfectly. The soft point provides good expansion adding to the stopping power of the bullet. Combined with mild recoil and a very small drop, this is the ammo of choice for long range hunting, especially when it comes to a medium-sized game such as deer.

For the price, I reckon it’s worth the investment because it works amazingly well.

RCBS is synonymous with quality and this product is no exception. The hunting enthusiast will definitely find this set useful mainly because it was designed with hunting in mind.

Noteworthy features before you buy:

A lot of users are impressed by the combination of the crimped design plus small base sizing. But I suppose the majority owns AR platforms as it’s easier to insert in those types of rifles. Besides the quality of the product alone makes it a worthwhile pick.

In my opinion, this ammo is definitely worth considering because you’re less likely to experience any problems using them. This means you can concentrate on shooting and not the performance of the ammo. 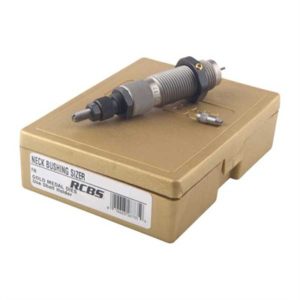 Here is another product from RCBS and as usual you’ll find the quality top notch. For a leader in manufacturing ammunition reloading equipment, I really expect nothing less.The only difference,however, with themodel reviewed earlier is it’s a neck sizer.

Generally, it’s a good product and it’s relatively easy to load so that’s one less thing to worry about. The only major issue you might face with it is the sizer may not adjust in certain circumstances. I would like to believe only a handful of units have this problem and you can easily replace it if that’s the case.

I like that it only allows for a full length resize after about every 5th reload, which isn’t half bad. However, the resizing issue is the main reason why I’d take one star of its rating.

Having a budget doesn’t mean sacrificing performance. The American Eagle has both the name recognition and the backup from Federal to ensure a high-quality round that will hit any target hard. As performance goes, it is on part with most Federal premium ammo, but at a significantly lower price point.

The need to know facts:

Sometimes you will need some cheap but reliable ammo to be your daily choice. If you are tasked at protecting crops or hunting smaller game such as rabbits or small deer, you will need something that will not cost you a lot every time you miss and will stop the target when you hit. American Eagle open tips are accurate and reliable, while still being affordable for any user.

My only advice is that, if you’re not willing to spend much on ammo, then you could probably give this brand a try. However, if you want a high functioning unit then the earlier recommendations are your best bet.

For further comparison, you can have a look at the following ammo. And note: Just because I didn’t unpack them in this article doesn’t mean they’re not worth considering. You might be pleasantly surprised:

So, what’s the verdict? As mentioned at the beginning of the article, the Hornady ammo is my personal favorite. First off, it has high ballistic performance which is a pre-requisite in any high functioning ammo. Also, because it’s slightly heavier, it’s less likely to drift and can resist air drag.

It’s not exactly the cheapest on the list but for the performance it offers, I reckon it’s worth a shot. Besides, you get four boxes on a single purchase which, in my books, is a massive plus.

With this information at your disposal, take your pick. Which do you think will work for you?