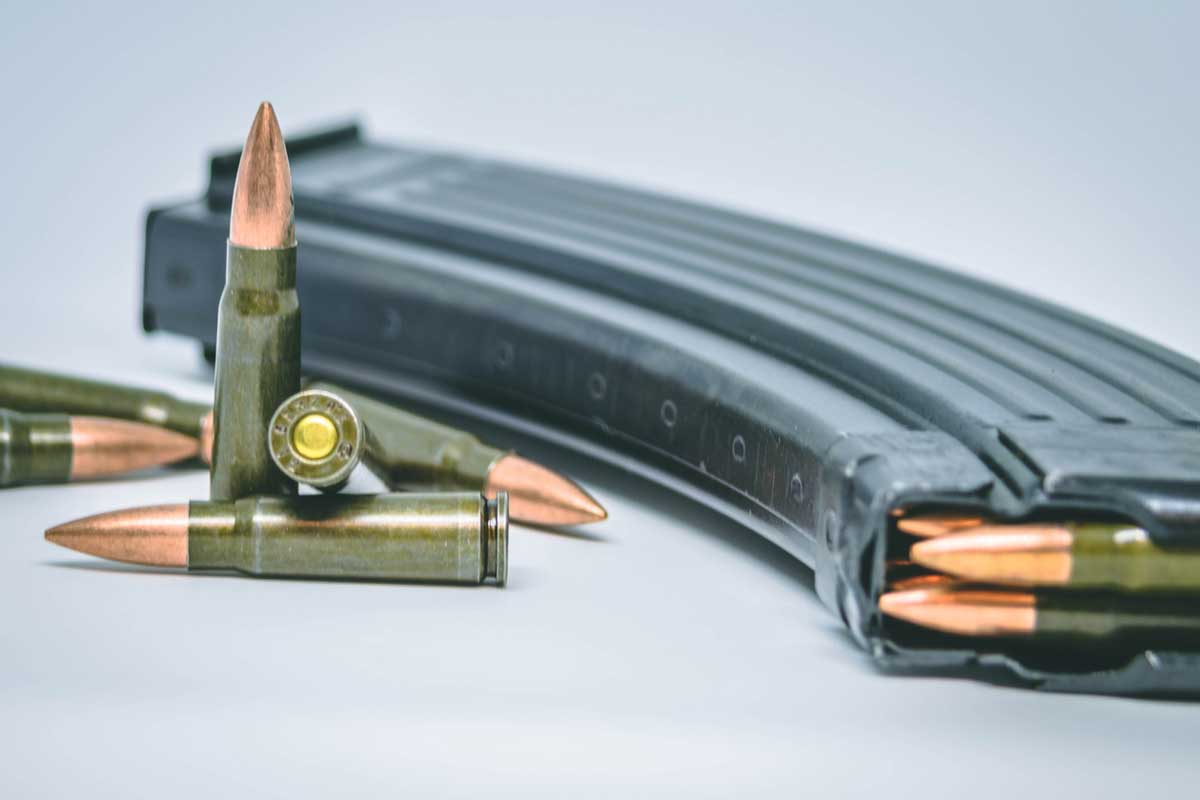 In 2015, I had an unfortunate run-in with some hijackers. The truth is it was all so shocking for me. In fact, to date, I haven’t got over it. I was coming back home from work on that fateful day. (If that’s even a thing anymore.) It was raining heavily and, being the good driver that I am, I decided to take my speed a notch lower so as not to get into an accident.

Any other day, yes. This would’ve been a good call. However, later that night I couldn’t help but think I should have just rushed through the slippery road. So, anyway, long story short, they drove me around in circles and when they were sure that there was no help in sight they dumped me on a deserted road.

I don’t know how I got home that day. (Probably because I was shaken from the ordeal.) Boy, I have never been so relieved to be home. And in one piece.

However. I couldn’t help but think that I needed to do more than mope around. So, I took the bold step of getting myself a firearm. An AK-47 to be precise. (Just had to buy the biggest gun around.) However, since I didn’t know much about guns and ammo for that matter, I lost quite a lot of money on low-quality ammo. And that’s precisely why I am writing this review. I made a ton of mistakes my first time going into ammo buying. Mistakes that I don’t want you to make. And not just because you might lose money but because it’s also emotionally draining to buy something that you will be disappointed with in the end.

In today’s guide, we are going to cover the best 7.62*39 ammo on the market. We are also going to look at things you need to consider pre-purchase and pretty much anything you should know about the 7.62×39 ammo.

But before we do, however, here’s a little more information about the AK-47 to help put things into perspective.

All You Need to Know About the AK-47

If aesthetics and history are anything to go by, the AK-47 is an absolute beast. It is a legendary firearm that is popularly known for its unmatched reliability and rugged dependability in the face of danger. This is why it has been used as the driver of revolution in the past.

However, just like most other things, there is a story behind the AK-47 and how it came to be. So, here is a brief look at the history of the AK-47.

At one point in time, a young Russian soldier was recuperating from a shoulder wound. While at the hospital bed, he spoke to one of his fellows about a powerful automatic rifle that was being used by the German forces at the time. At the time, this was just mere small talk about rifles and a mere wish for Russia to advance to more powerful rifles. A few years later, that Russian soldier would go on to design the AK-47 (Avtomat Kalashnikova). A rifle that would later on become one of the most prolific weapons in the world.

While this assault rifle goes down in history for helping our grandparents and their parents before them in conflicts, the AK-47 is much more than just a weapon of war. Here are some other popular uses of the AK-47:

As I said earlier, I had a pretty hard time deciding on the ammo. I was fresh into the rifle ammunition world with barely any experience in gun use at all. Sure, my brother carried around guns a lot since he was a cop but I never really cared much for guns.

Get an Understanding of the AK-47 Ammo

One of the most important things you will need to do is get an understanding of the AK-47 ammo. Well, I do not doubt that you are well acquainted with guns and ammo, but there are many differences between AK-47 ammo and other ammo. For instance, you are probably used to steel cased ammo, right? But steel cased ammo is not exactly ideal for an AK-47 for the simple reason that it is unfit for reloading. That said, your AK-47 may have an easier time running brass instead. So, you will want to have an understanding of your AK-47 and what you can or cannot feed into it.

Another important consideration to make is the price. AK-47 ammo, just like any other ammo, has different price ranges. Therefore, there will be higher priced ammo that goes for a much higher price and lower priced ammo that cost a lot less. Note that this is an entirely optional factor depending on how much you are able and willing to spend. So please decide on ammo that best suits your budget.

Now onto the good stuff…

Manufactured by the Federal Arms Company, the Federal Power Shok is one of my favorite 7.62*39 ammo. It is hard-hitting ammo that you can trust to offer consistent and reliable performance when you need it the most—not to mention it offers a remarkable array of features for a reasonably low price. What I like most about it is that it is both aesthetically appealing and functional.

Going by user impressions, the Federal Power Shok is great ammo that stacks up pretty well in as far as performance goes.

If it’s important to you to find reliable hunting ammo that offers incredible accuracy and power, the Federal Power Shok is a great place to start. 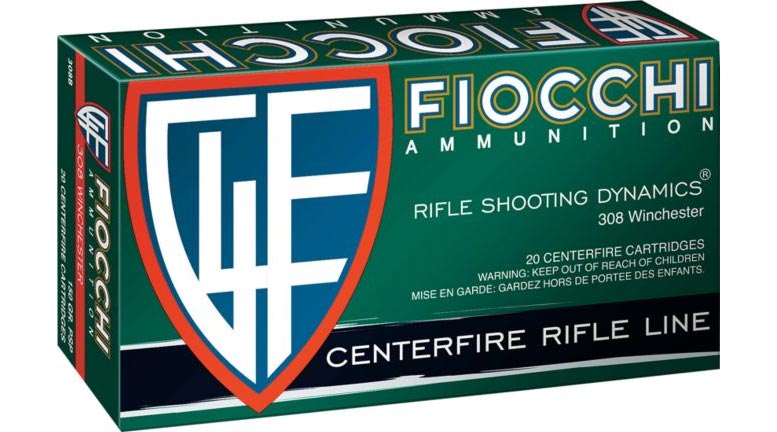 Fiocchi is the kind of ammo that impresses you at first glance before you realize that they are not as accurate or reliable as you’d wish them to be. Yes, it is reliable, economical and well-constructed but it would hardly fall among the first five ammo types with all the competition around. However, even though it is not the best bang for the buck, it has a few impressive features to be relished.

Based on user reviews, Fiocchi is great ammo for the price.

While the Fiocchi is not the best ammo out there, it is okay ammo—perfect for competitions and target practice. 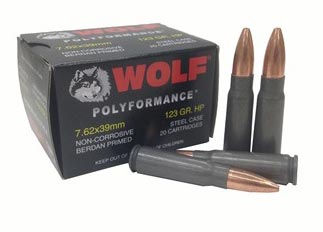 Sometimes you don’t need fine cooking to fill up, you just need fuel. The same can be said for your rifle, as this is the best option if you are looking for volume. With each round costing less than 30 cents, you can be sure that you will get your fill at any range.

Additionally, this is no bad ammo by no means. With a non-corrosive powder and primer that won’t damage the bore and a slick PolyFormance coating that makes chambering easier you will be sure to empty a full magazine without a hitch.

Similar to those who own an AR, most users that want an AK-47 desire to expend larger amounts of ammo from time to time, and this can become a very costly hobby if you are using your best hunting ammo at the range.

While providing probably the best value of all the choices, it should be noted that Wolf Polyformance ammo is far from being the best on the market. It is a good choice if you want to let yourself go on the range, and the reliability of fire means that it is also a solid home-defense option. For more demanding tasks like hunting it would be better to go with something more durable and accurate on longer distances. 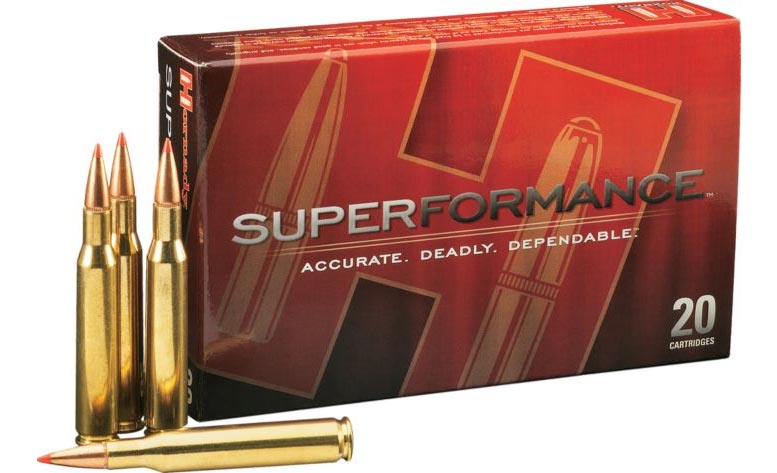 From the first moment you see the Hornady SST, you are taken aback. Its sleek, well-constructed and thoughtfully designed. But more than just what you can see, Hornady it is functional, high-quality ammo that delivers unmatched performance and dependability. Not to mention it is reputable ammo that has swept the world since its inception.

Based on user impressions, Hornady is a powerful ammo set that works exceptionally well when put to task. It is ultra-reliable, accurate and offers exceptional performance.

The Hornady SST ammo is an intuitively designed ammo with a remarkable sense of dependability and reliability. It’s not without its shortcomings, but it seems to stack up pretty well in as far as performance goes. Plus, it offers a level of versatility which is a plus, especially if you like a little bit of hunting coupled with range practice and self-defense.

Winchester is inexpensive but reliable ammo developed by the legendary Winchester Ammunition Company to provide unmatched performance and unremitting dependability. It features high-quality Winchester components that deliver outstanding reliability and exceptional functionality every time. Due to its incredible versatility, this makes for a great choice for training ammunition and target practice.

Based on user impressions, Winchester is a reliable, accurate and to the most part dependable ammo. And the fact that it is reasonably priced is a plus considering it offers value for money.

Overall, the Winchester ammo is a great buy for the buck. It is reliable, dependable and delivers unmatched functionality. Not to mention it also looks good too. It makes a great choice if you are looking for suitable ammo for target practice.

So, there you have it… my recommendations for the best 7.62×39 ammo to feed your AK-47. However, as I said earlier, it is good to do a little more due diligence before making a purchase to get a clear idea of what works and what doesn’t. Nonetheless, these five should be enough to get you started for now.