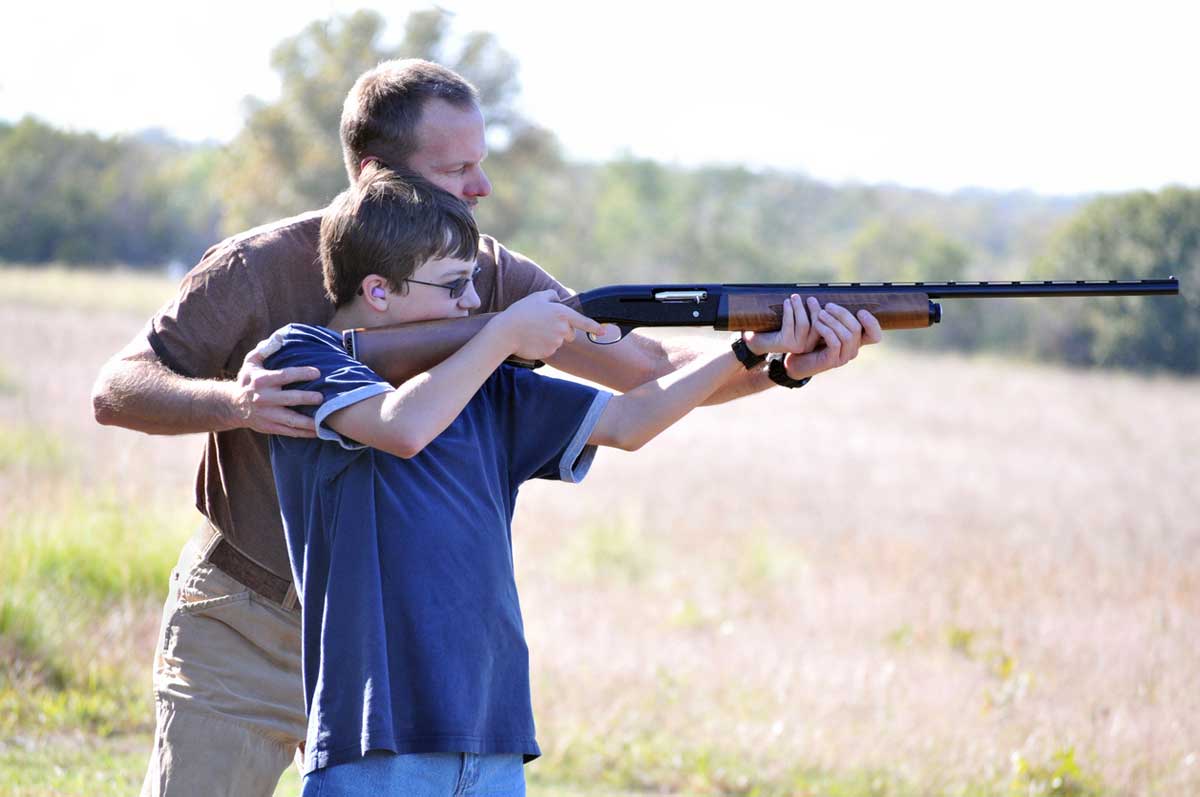 In this guide, I’ll walk you through why it’s been the best seller for so long and a favorite to go to shotgun for most folks. Now, there’s a lot of things I could talk about, but I want to talk about the ones that matter most. These are things like features and benefits, pros and cons and more. Then, I’ll follow up with my final thoughts. By the end, you’ll have a pretty good idea why the Remington 870 has been a best seller.

Things to Consider Before Buying a Tactical Defense Shotgun

I’ve owned a couple of tactical shotguns over the years. And I’ve also had the opportunity to mess with some of the finest guns on the market. You’d think that because of my background and vast experience I’d be used to shotgun shopping by now… but no! Years later and still the great tension for me is that I always want a shotgun that will top perfection. Or one that will be pretty darn close.

Narrowing down your options and selecting the right shotgun can seem like a monumental task. But, at the end of the day, it’s pretty simple. To help you cut through the confusion and find the right one, we have compiled a list of some of the factors that you need to consider.

Would you rather pay more for a shotgun or less? Sounds like a rather obvious question, right? Of course, you would want to spend less! However, I wouldn’t be too sure about that.

There is some significant debate about whether you should go for a higher priced shotgun or a lower priced one. The problem comes when you embrace the low-at-all-costs mentality and end up with a low-quality shotgun that will nickel and dime you to death with repairs.

That being said, most quality shotguns cost as much as $1700. Of course, at the other end of the spectrum, there are lower priced shotguns that cost as little as $200. And, let’s not forget there’s also the semi-priced shotguns that provide excellent capabilities without sending the price to the moon.

But while my opinion is that you get what you pay for, it ultimately all depends on how much you are willing to pay to play.

Next up, is reliability. If you ask the old triad of defenders, sportsmen, and LEOs what the most important consideration when choosing a suitable shotgun is, the answer is likely to be reliability. And it makes perfect sense since there’s nothing worse than the chance of a catastrophic failure at the wrong time. You want the guarantee that your gun will be up to the task when it comes down to it. Which brings us to our next point.

Again, we reach a place where it’s a bit difficult to determine what accuracy really means. Most shotguns will perform in the same fashion. But there are a few notable differences when it comes to accuracy. The most obvious being the optics. Some guns have fairly good optics that do the bare minimum. But, at the other end of the spectrum, there are some pretty amazing shotguns topped with crude optics that allow you greater range and better target acquisition.

Another critical factor is versatility. You’re going to be using your shotgun for a variety of things, after all. So, you want something that is sufficient enough to handle both home defense and serve as a field gun and SWAT tool if it comes down to it. Versatility here also implies the ability to jump to different loads with ease.

There are plenty of shotguns on the market which are made of flimsy material. And, in the grand scheme of things, you want a gun that will outlive you. One that won’t nickel and dime you to death with repairs and purchase of new parts. So that you get to enjoy a lifetime of satisfaction, its best to buy one that is made of sturdy high-grade materials.

One of the first things you’ll notice about different shotguns is that sizes range from 12 inches all the way up to 26 inches. It would be smart to have a sense of what size you’re most comfortable with before deciding on a given shotgun. Fair warning, though. Sometimes, the biggest isn’t for everyone. It’s way harder to maneuver indoors and sometimes it might kick a little too much. So, you want something much shorter. Say between 18 to 20 inches.

I am not quite sure when my love for guns started. Between hunting with my dad and going to the gun range every once in a while, I could say I have been around guns pretty much all my life. And one of the first things I learned about was the shotgun. As you can imagine, being relatively new to the world of tactical defense shotguns I had plenty of questions. Number one on the list is how much ammunition is enough ammunition.

When it comes to a shotgun, things are a bit different. If you’re in the middle of a gunfight, you’ll be too scared to reload if you miss the shot. So, most shotguns have a capacity of four to six rounds which should be enough to neutralize the threat.

A Brief Description of the Remington 870

Designed in 1950, the Remington 870 is an iconic no-frills pump action shotgun that has proven itself to be both versatile and robust. It claims to be a great deterrent weapon capable of firing a variety of loads both precisely and effortlessly.

Being the latest incarnation of previous Remington models, the 870 edition is topped with a wide range of iteration to help make it cooler. One of the most notable things being the thick butt pad which helps provide comfort when shooting.

I’d say the Remington 870 is a general use shotgun. However, it would especially be of use if:

So, what’s the fuss?

The Remington 870 pump action shotgun has more than proven itself to be one of the most versatile and dependable shotguns on the market. So, naturally, more people have developed an interest in it hence skyrocketing the sales. Also, it is easy to fine-tune and customize which makes it appealing to hunters and tactical shooters. As for home defense, the 870 is capable of firing a variety of loads which is great because if you miss a shot, you have still enough rounds to nail your target.

Now that we’ve covered the basics of the Remington 870 let’s have a look at some of the features that make it a best seller.

A key feature of the Remington 870 is that it has a parkerized walnut stock which helps protect the rifle’s surface from corrosion and wear and tear. The advantage of having a parkerized finish is that it protects the shotgun’s surface from outside elements ensuring the inside is protected against rusting and wear and tear. This is useful in situations where the gun is required to stand up to continuous abuse and extreme use.

The 870 has a short 18.5-inch barrel. This is not so that you can get a wider shot spread. But because it’s more maneuverable when you’re using your shotgun around the house.

Another useful feature is the action bar lock. The 870 is topped with an action bar lock that allows the pump to go from locked to open bolt position, which means that you’d have to unlock the action bar lock to load ammo into the chamber and lock the ammo inside when you’re done loading it. This action is not difficult and never jams when you are using good ammo.

Next up is the trigger safety. Any defense shotgun needs a trigger safety. It not only helps guard against adrenalin ruled accidents but also ensures that there’s little chance you’ll move the trigger unintentionally. But, if you’re right-handed like me, you might need to move your trigger finger away from the trigger and roll your thumb to the other side.

As I said earlier, I have been using guns for almost as long as I can remember. And one of the things that I struggled with then was finding a shotgun that provides comfort when shooting. So, I’d almost always feel the buttstock slip against my shoulder. And, as you can imagine, I had to contend with painful shoulder sores as a result.

The beauty of the 870 is that it has a thick butt pad that reduces the amount of recoil after firing and provides you with comfort while shooting. Another benefit of having a thick butt pad is that you’ll have much better control over it. So, you can adjust the magnitude of the length of pull from your rifle. It might not always work 100%, but it is a preventative measure nonetheless.

I do a lot of hunting over the weekends. It’s one of those things that I started doing at a young age with my old man. And, as you would imagine, with most hunting sessions, you are shooting under very stressful conditions. If you miss, you lose your bait, which is why I love the Remington 870. The 870 has some crude sights—about as crude as they can get. These optics provide a better view of the target and make target acquisition a lot faster.

We’ve covered the good and bad and now it’s time to see what the users think about the Remington 870.

Based on user impressions, Remington 870 is one of the best options when it comes to home defense. It is well made, functional, dependable and super versatile—all of which are qualities that make it the perfect weapon in the face of danger.

However, one of the things that stands out among a majority of the users is that the Remington 870 offers a vast array of features for a considerably lower amount.

All in all, the Remington 870 offers excellent value for the money. It is versatile, dependable and has proven itself to be a remarkable and durable buy. More importantly, it provides excellent capabilities without sending the price up the roof.

Frequently Asked Questions about the Remington 870

A: It depends. While both gauge sizes are widely used when it comes to the Remington 870, the 20 gauge is considered much more effective in hunting than the 12 gauge. It is also best if you are recoil sensitive and would want maximum comfort when shooting.

Q: Can you interchange the barrel on the 870 with another barrel?

Q: What size shells does a Remington 870 use?

We are at the end. And, hopefully, you have a better understanding of why the Remington 870 has been the best seller for such a long time.

If you want something affordable, dependable and easy to use, you’ll be hard pressed to find better options than the Remington 870. If you’re a tactical shooter, acquiring your target will be a cup of tea, thanks to the fact that the shotgun is topped with powerful optics for the job. Sure, it has a few inherent weaknesses that might be a deal breaker for some people. But it stacks up pretty well both as a home defense shotgun and as a tactical shotgun.