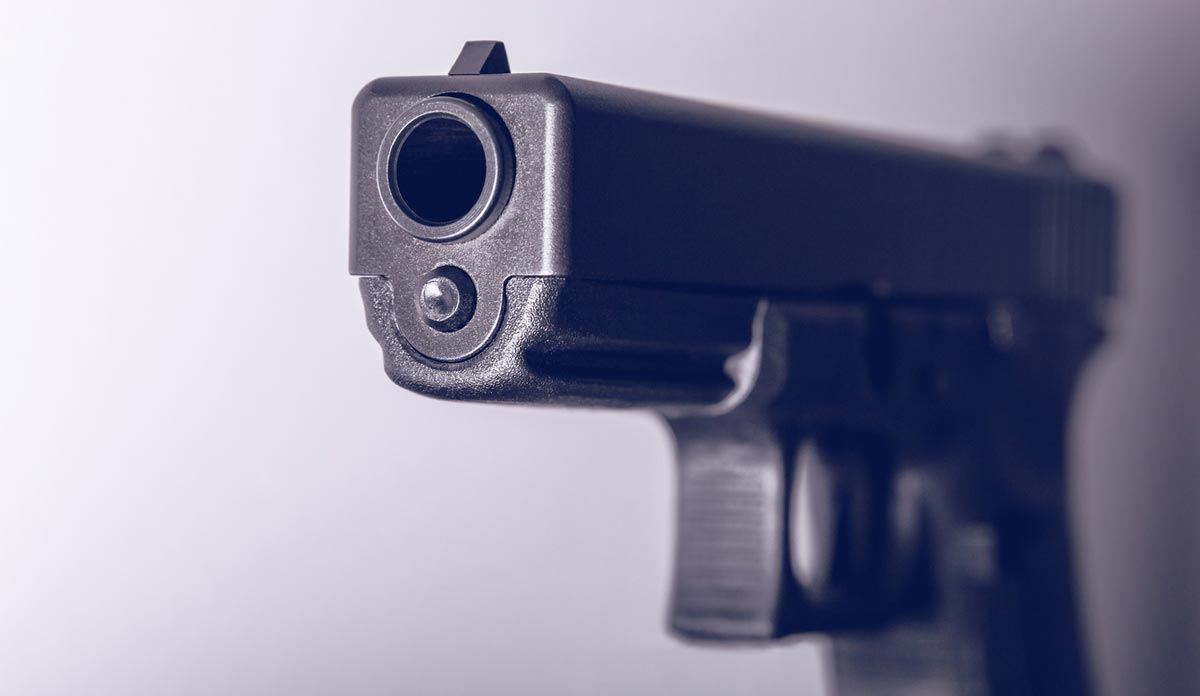 Most pistol lovers discover what they like and dislike about their favorite guns very quickly in their firearm journey. Whether it is micro, mini, nano or full-sized, there’s a pistol to suit all preferences. However, all too often a number of amazing sub-compact pistols and a number of concealed carry handguns are overlooked—in particular, the Sig Sauer P239.

The Sig is the perfect fusion of concealability and shooting capacity. It’s a well-rounded pistol that is great for both the professional shooter and the beginner looking to get started in the field.

My name is Aidan and I’ve been in the firearm industry for over 20 years. I took the time to take a much closer look at this dynamic firearm and break down its most notable features. I’ve kept what I know about sub-compact pistols carefully in mind during my analysis. Read on to find out more.

You need to know that Sig Sauer has been one of the leading names in the firearm world for almost 150 years.

During this time, they have continued to produce pistol after pistol made with the finest quality metals and features such as night sights, an ultra-reliable firing pin, and other accessories to make sure that bullet fires perfectly. Today, their brand loyalty is unmatched. Most shooters who start with Sig Sauer are customers for life.

The original designs are still the foundation of all the guns that the company manufactures today. The only thing that has changed with age (for the better) is the quality of the metals and the holsters.

The Sig Sauer P239 is one of the more compact and easier to master pistols. Many within the industry joke that this is the pistol that you gift to someone! It’s the firearm they didn’t even know they needed until it arrives in their lives.

Here is what you can expect when you invest in the Sig Sauer P239 pistol. 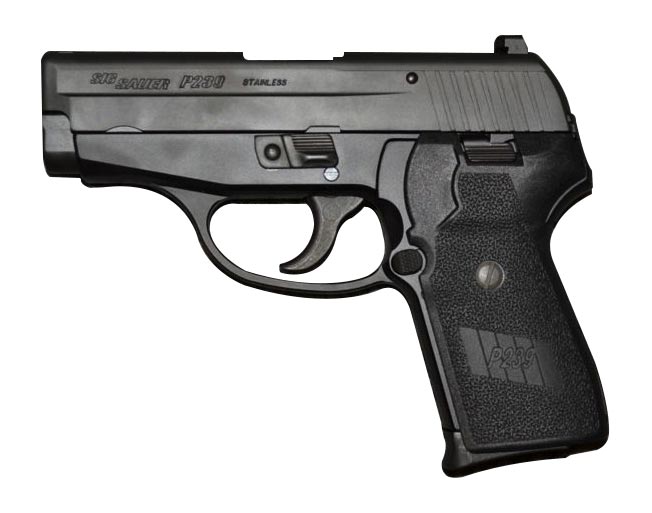 The intention behind the design of the Sig Sauer P239 was to be the most versatile military pistol on the market. The Swiss military wanted a gun that was appropriate for both service and off-duty functionality.

It needed to be compact enough in nature so that it would be easily concealed during both of these scenarios. The P239 dimensions are small & the body is made from premium alloy and finished with a hard coat anodized layer.

The barrel of the Sig Sauer is heat treated in order to achieve the most optimum durability available. It features a polymer grip so any handling encounter is automatically more comfortable.

All in all, the Sig is considered one of the slimmest pistols on the market today and is incredibly easy to handle. It’s extremely ideal for users to whom concealment is of top priority.

Professionals to beginners will tell you just how important the feel of a gun is when making it your first choice. It’s all about the way the design fits into the hand and the level of comfort present when shooting. I must agree.

The Sig Sauer P239 kept this in mind. It features one of the most versatile body shapes that will fit snugly into almost any user’s hand. This guarantees the ease of use in your time of need and that you’ll never be caught off guard by an unsuitable grip.

It should also be mentioned that the slide of the Sig is made from top quality stainless steel and features a Nitron finish. This further guarantees the longevity of this firearm. It reduces the risk of jamming as well as the need for constant cleaning.

Whether the user is a beginner or professional becomes almost irrelevant with the Sig Sauer P239. The performance and comfort are suited to all industry participants regardless of their experience level.

While the Sig Sauer P239 was originally rumored to be the best beginner pistol and best “gifting” gun, there’s no reason why professional shooters can’t make use of it as well.

While the body of a gun is incredibly important, so are the inner workings of the device as well. What goes on inside of a gun is what gives the device its true performance and ability. Lucky for you, the Sig Sauer P239 isn’t just a pretty face. The interior of the firearm is just as impressive as the exterior.

As we break down the following features, it will become abundantly clear why this pistol deserves careful consideration by anyone looking to invest. We love the brand behind the P239; it’s been on my loyalty radar for years for good reason.

A firearm isn’t something to rush into buying. Time and thought are required to help make the best selection out there. For this reason, the following analysis of the Sig Sauer P239 can be considered a comprehensive buyer’s guide in your gun purchasing journey. Let’s take a look.

First and foremost, is the shooting ability of the Sig Sauer P239. Right out of the box, you can tell this is a performance-packed device. The barrel is short and the grip is comfortable; there’s no better duo for an accurate shot.

Unlike most pistols of this size, the recoil is extremely manageable. This is surprising and consequently makes the gun a lot more fun to shoot.

Due to the very compact nature of the pistol, however, it must be said that those with large hands might not find this gun that is easy to shoot. While the pistol is versatile enough to fit into all hands, the comfort between each will vary and notably bigger hands will probably feel weaker.

That being said, the gun is exactly the right size for its abilities and intentions. If it were bigger the impact of the device would be completely lost.

The pistol gives an accurate shot on target almost every time. This makes it perfect as one’s main firearm or even a backup gun to keep concealed until the time of need.

The Nitron finish reduces the risk of jamming and highly accelerates the smoothness of the shot. There’s also little bounce back and individuals of weaker body weight will not suffer harsh jolts after firing.

The accuracy of the shots from the Sig Sauer P239 also makes for a great hip-shooting gun. This is most ideal in situations of self-defense when the target shouldn’t be shown the device.

When taking the Sig Sauer P239 out on the shooting range you’re guaranteed a lot of non-strenuous shooting fun for all. Rookies to professionals love handling this gun in the range because it warms the shooter up quickly and accurately.

All purchases from Sig Sauer come with a number of magazines with 8-round shooting ability. This is the standard on all of their firearms and the Sig Sauer P239 is included in this.

Sig Sauer does have an option where a magazine extension can be bought. This extension takes the rounds from 8 to 10, giving the shooter two more shots before reloading becomes necessary.

Pistols are usually intended for self-defense purposes and, for this reason, high numbers of rounds are not always necessary. The mentality is that one hopes to never actually need to make use of the device in a self-defense situation. If you do, the job would be done in far less than eight rounds.

In my opinion, the extender on this gun is really only necessary if an individual who is used to 20 or 30 round firearms uses it. It will feel far more comfortable to them and make for a better experience. The gun is in no way at a loss without it, however.

Some people are simply more accustomed to more firepower and prefer it—even when it comes to concealed carry pistols. Sig Sauer has catered to these individuals so they’re not excluded from the market.

At the end of the day, eight rounds are more than sufficient for the compact, concealed nature of the Sig Sauer P239.

Usually with conceal carry pistols the holster is the first accessory that new users look to buy. There are many manufacturers who are retailing suitable holsters for the Sig Sauer P239, as well as Sig Sauer themselves.

When it comes to pistols, brand uniformity for holsters isn’t imperative though it does somewhat guarantee optimized functionality. If the holster was designed by the same company who designed the gun, it’s obviously a worthwhile advantage.

The next valuable accessory could be the Sig Sauer P239 grip extension. Due to the very short and compact nature of this pistol, some individuals with larger hands need to extend the grip to feel more comfortable.

The Sig Sauer grip extension comes with endless debate. Some individuals question why anyone would choose to purchase a smaller gun only to extend the device. The theory is that purchasing a bigger one would seem the most obvious solution.

Whatever the reason, grip extensions are widely popular among the pistol community and readily available for any individual who needs to make use of one.

Optical devices are also popular add-ons for the Sig Sauer P239. Lasers and lights can be clipped to the devices to make shooting more accurate.

While these kinds of accessories aren’t as popular with handguns as they are with hunting rifles, the option is there and they’re usually inexpensive add-ons to acquire.

The only thing to keep in mind with these accessories is you’ll likely not have time to clip them to the gun in an emergency situation. Due to the bulk, they add to a conceal-carry weapon they also can’t really stay on the device when not in use.

This makes them more fun shooting accessories as opposed to ones for serious usage.

The one thing to keep in mind about the Sig Sauer P239 is that there’s no safety button. This is largely due to the original intention of the pistol to be a backup gun that could be used in a matter of seconds.

For this reason, the safety button was eliminated. The trigger itself is what acts as the safety and allows the device to be carried around without risk. This is simply not preferable to some shooters who value an actual safety button.

Sights aren’t always found on such small handguns, but on the Sig Sauer P239, they’re included. The stock sights are titanium night shots and have seen tremendous success within the workings of the P239. However, this addition does increase the cost of the pistol quite significantly.

As a recommended retail price standard, you’re usually looking in the $1000 range for a Sig Sauer P239. This may seem steep, but bear in mind the state-of-the-art nature of the design and materials used.

The Sig Sauer P239 is a great all-around pistol for the beginner shooter looking for some increased protection for self-defense. Unmatched quality, performance, and longevity—in my opinion!

In terms of value for money, there are few pistols better than this worth recommending.

Since I have already broken down the firearm in detail, let’s take a look at the most notable pros and cons that come with this investment.

Although you’ll be forking out a bit more for this device, the longevity and performance will be noticeably worth it.

The Sig Sauer P239 is the perfect entry-level, compact pistol for the inexperienced or nervous shooter. Within minutes, the user will be accustomed to its abilities. The perfect weapon for peace of mind when it comes to self-defense.

Look no further than the Sig Sauer P239—I’m endlessly impressed with this firearm!