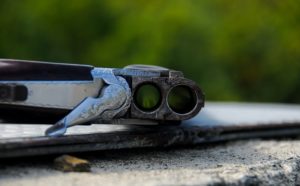 When most people look at Stoeger Condor over/under shotguns, all they can see is a firearm that costs more than their monthly rent. And yet, they hold fewer shells! So, why would anyone consider purchasing one of these firearms?

Well, there are a couple of reasons why these shotguns are so expensive. One, they have two barrels. Right there, you’ve increased their production cost by at least $300.

Two, over-under shotguns can work with any good quality ammo. As long as the shell can fit in the chamber, then you can shoot it. I particularly love this feature because it means I can use cheaper brands of ammunition, which would otherwise jam in pump-action or semi-autos.

While these benefits justify the high price tag of over/under, there are some models that are affordable. We’re talking about the Stoeger Condor line of shotguns, which goes for as little as $400. Considering that its counterparts like the Browning Citori cost 5 times as much, then you understand that the Stoeger Condor is a big deal.

Things to Consider before Buying an Over/ Under Shotgun 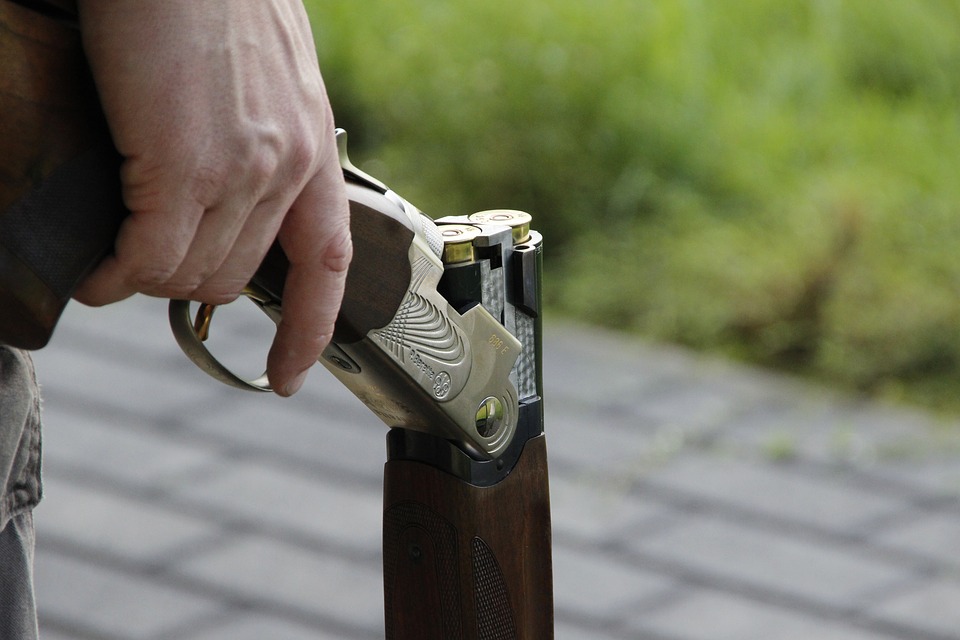 First, you should know the ultimate purpose of purchasing the Condor. Do you want to use it primarily for hunting or will you also use it for competitive shotgun sports? Keep in mind that some sports place restrictions on the shotgun models that you can use. Also, some Condor shotguns are designed for specific activities. So, once you establish the purpose, you can find the most suited Condor for the job.

After figuring out the purpose, the next thing to check is the balance of the shotgun. If you’ve practiced with a shotgun that felt significantly over-sized for you, then you know what I’m referring to.

Too much weight in the front half of the shotgun and you’ll have difficulty tracking a moving target. On the other hand, if the shotgun is heavier on the stock than the muzzle, the muzzle will feel wobbly.

The beauty of using shotguns like the Stoeger Condor is that they offer a high level of customization. You can change out the choke tube, and install one that suits your hunting technique or needs. The choke tube is simply the part that controls the opening and constriction of the muzzle.

A choke tube that is too wide results in loosely-scattered shot patterns while a tighter opening leads to more consistent patterns. These choke tubes come in a variety of shapes such as:

The Stoeger Condor is made by E.R. Amantino in Veranópolis, Brazil, but it’s marketed and distributed by Stoeger Industries in Maryland, United States. Stoeger is actually a subsidiary of Benelli, which is in turn operated by an Italian firearms manufacturer known as Beretta.

When Stoeger was acquired by Beretta in 2000, it ventured into making a whole new repertoire of shotguns. And, although this company now makes incredible semi-automatic and pump-action shotguns, it is their revolutionary adaptations to double-barreled shotguns that have given them a competitive edge.

If you’re in the market for an effective over/under, we recommend that you check out Stoeger Condor. There are three key facts that make the Stoeger Condor unique:

One of the variants in this product line is the Condor Competition. This shotgun comes in 12 gauge with a 30-inch barrel. It also has AA-Grade gloss walnut finish and weighs about 7.8 lbs.

Another model is the Condor Field, which comes in 28 gauge size. It has a shorter barrel length of about 26 inches. It’s also lighter, weighing 6.0 lbs., and its coating consists of A-Grade satin walnut.

The Supreme is one of the most popular models in the Condor product line. This one is available in 12 gauge and 20 gauge sizes. Other features include brass bead sights and a 28-inch barrel.

It’s important to take note of this design because it’s what makes this shotgun so popular among skeet shooters. The placement of the barrels renders it to be more accurate than other types of shotguns.

That said, the Stoeger Condor is not the best shotgun to use in competitive sports. It’s more of an entry-level shotgun—and is more suitable for the occasional field use. So, if you’re just beginning to learn how to use over/under shotguns, the Condor will come in handy. But once you master the art, you can upgrade to more advanced shotguns.

Apart from its design, the Stoeger Condor has a pretty sturdy build. The stock is made of A-grade walnut, which boasts some very good-looking mineral streaks. Generally, high-quality walnut wood always looks stunning when incorporated into the design of shotguns. What’s more, the finish on the stock consists of satin walnut.

Stoeger Condor’s receiver is completely blued, which means it won’t rust regardless of the elements it’s exposed to. It’s also machine-tuned and has monobloc sides. Both the shell extractor and bead front sight are constructed from brass.

Another feature that makes this shotgun stand out involves the recoil pads. They are well-cushioned, which is a big plus considering that this is a budget-friendly option.

What to Look For

As mentioned earlier, you have a wide range of Condor shotguns that you can pick from. This is ultra-convenient for buyers, who may want to add or otherwise change some of the attributes.

For instance, if you want a shotgun that works with different lengths of the barrel, then you can go for Condor Field. The 12 gauge Condor field comes with 28” and 26” barrels while the 20 gauge and .410 models only come with 26” barrel.

Performance-wise, the Stoeger Condor does not match up to the likes of Benelli or Beretta, or it’s larger counterpart the Stoeger M3000. However, it shoots better than you’d expect for an entry-level shotgun. Its incredible shooting performance can be attributed to the affiliation with the two aforementioned Italian manufacturers.

The Condor line of guns has a single trigger design. The advantage this offers is that it makes it easy to assemble, disassemble, lubricate and clean. On the flipside, this design isn’t the best for long-term use.

Also, if you’d like a shotgun that rarely jams during use, you’re better off with the Condor Supreme that has a selective trigger. With a selective trigger, you can switch up the barrel that you’re firing. If you can’t fire with either barrel, then you’ll have to send your shotgun to Stoeger Industries for repair.

We have found Stoeger Condor to be a great budget shotgun. It has a solid build, so it won’t disappoint whether you’re going bird hunting or clay shooting. Moreover, the controls on this shotgun are straightforward, so they should be familiar to any individual who’s used a shotgun before. The fit and design of the Stoeger Condor are also quite impressive given its price. The walnut finish gives it that elegant look of traditional guns.

What is the best oil to use on Stoeger Condor shotgun in cold weather?

When it’s cold, you should use a low-viscous synthetic gun oil to lubricate your Condor. Synthetic is better than regular gun oil because it’s less likely to solidify and lead to cycling problems.

What should I do if there’s a problem with my Stoeger Condor shotgun?

Stoeger recommends that you collect as much data as you can. For instance, take note of what exactly you were doing with the shotgun when it malfunctioned. Also, establish whether the problem occurred sporadically or consistently over a period of time.

Does Stoeger Condor shotgun come with a warranty?

Yes, all of Stoeger’s firearms have a 5-year warranty. If Stoeger has to replace one of your shotguns, then you can get another warranty on your new firearm.

The Stoeger Condor over/under gives you the best bang for your back. It is marketed for significantly less than other over-under shotguns yet it has the same features as high-end models. It’s available in .410 bore, 12, 20 and 28 gauge and it also comes in different barrel lengths.